We all need to avoid making mistakes with our money. I would know, I’ve made a bunch myself. When we make these mistakes it’s important to correct them (if possible) and ensure that we don’t make the same ones again. My biggest goal is to build a legacy for my children, and children’s children. For many middle class families, these money mistakes are often the difference between retiring a millionaire and wondering what happened to all your money.

The biggest factor that separates the middle class from the millionaire class isn’t income, it’s lack of focusing on building wealth. If you would rather own a boat than have financial security you will inevitably buy a boat. The principle at the heart of each mistake is lack of focus with leads to major money mistakes that compound over time.

Most people don’t want to be a millionaire, they want to spend a million dollars. The idea of becoming wealthy often equates to expensive cars, houses, and toys. This doesn’t align with the reality of being wealthy which, often feels like security, not luxury. Grey goose is for the middle class, Kirkland Signature is for millionaires, even though it’s hard to tell the difference.

Understanding these common middle class money mistakes is the key to avoiding them.

Compound interest should be working in your favor not to your determent. Payments made to other people mean that you are spending less money building an asset for yourself. Money invested in an index fund will double about every ten years. So the faster we can pay off student loans, car loans, credit cards, or a mortgage means more doubling time and a earlier retirement date.

Can I invest and paydown debt? Sure, but less payments = less worry, and more available money for investing. Investing is risky, but debt paydown has a guaranteed return.

My advice: Get the 401k match if it’s available, then pay down all debt except the house. You can invest while paying for the house.

This middle class money mistake is the most dangerous of them all: wanting more stuff.

Remember back when you were in college, figuring out how to eat of $3 a day, or searching endlessly for the best deals on a textbook because the book store charged too much? My college expenses were crazy low, I survived on so little at the time because my only goal was to graduate, get a real job, and make a ton of money.

The problem is that now that I have a real job, I want a new car, larger house, more vacations and more stuff. This slow shift of wanting more stuff creates an exponential growth in the money needed to satisfy these cravings.

None of these things are bad, but none are necessary either. They also all have extra costs that make them more expensive then they seem. HOAs, Data Connections, Fees, Maintenance, Cell phone insurance (ew). Cut out the crap and don’t buy things you won’t enjoy.

But Stephen, I reallllllllly want a boat. Ok, then rent one a few times each summer. It rarely makes sense to buy something that you won’t be using every day or at least every month. This concept applies to vehicles, power tools, moving equipment, and so much more.

Buying a house too early

Houses are bad investments. The costs of maintenance, insurance, HOA fees, lawn care, pest control, and property taxes means you won’t get a positive return from purchasing a house. That’s ok, as long you understand that buying a house isn’t an investment.

I bought my first house at 24 years old. After buying I had no idea how to maintain a house, but I was going to figure it out and eventually I did. I believed the lie that the house would appreciate over time, but I didn’t realize how many bills and expenses I would have to pay for upkeep. For example one day, after a rainstorm, I walked into the spare bedroom and noticed a large hold in the ceiling. The roof had leaked which caused part of the ceiling to collapse. $5,000 later the hole was fixed and the house had a brand new roof. I always have an emergency fund, but this is the first time I used it.

Here are my home buying rules, before you buy:

Ignoring the Power of Indexing

Ignoring investing and indexing is the biggest money mistake that I see in my friends and family. The earlier you start investing the better for your financial future. It could also enable you to retire decades before your peers. Here’s an example:

Every $100,000 invested at age 30 will turn into $1.1 Million at age 60. $100,000 invested at 40 will only become $600k. This assumes an 8% rate of return which you will get in an index fund. Single stocks are dangerous, they can go up and down frequently and are often not worth the risk. Buying a fund like VTI, or VTSAX is boring as hell, but it will cause your money to double about every ten years.

The earlier you start, the more doubling you get. This is secret to building generational wealth.

Too many people are caught in the cycle. The go to college with debt, get a crappy job then buy a car, house, and more crap; all financed. It’s a vicious cycle that leads to making payments instead of earning interest.

Saving enough money to retire early happens frequently. Most people just don’t start saving until their 40s or 50s. They then retire 15-20 years later. Starting in your 20 or 30 accomplishes the same feat in the same amount of time, but you have much more life left to enjoy in your retirement years.

That’s it for my list of middle class money mistakes. Have you made any of these or are there any that I missed?

New year new you? Not exactly. Your either evolving or declining, so it’s time to make some new goals and start winning in the new year. 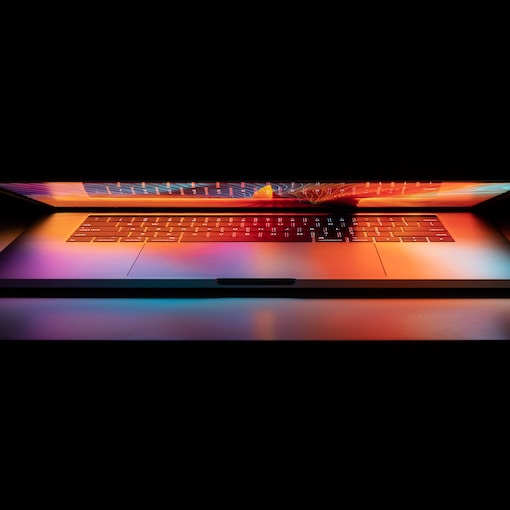 Most financial experts agree that calculating your net worth is valuable to understanding your financial picture, so I decided to recalculate mine […]